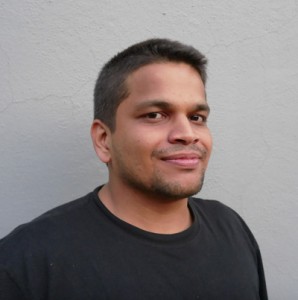 Compact Binary Coalescences (NS­NS, NS­BH, BH­BH) (CBCs) are the most promising, known events emitting detectable Gravitational Waves (GWs) in this advanced detector era. To detect the signals from these sources in noisy data, we look for theoretically modelled signals (“templates’’) for millions of combinations of physical parameters (e.g., masses of the companion stars, spins, location on the sky, orientation of the orbit etc.). It is computationally intensive to the extent that the full parameter space is impossible to span with the computing resources available to the whole collaboration. A worldwide effort is going on to develop different algorithms to efficiently detect the sources and estimate their parameters.

We are working on two such algorithms:

Here we first sample the parameter space coarsely to identify segments of the data and corresponding regions of the parameter space which are more likely to have signals. Then we search only those patches of the parameter space with the reduced dataset. This should theoretically speed-­up the search. But with real data, where noise can often mimic signals creating false triggers, is a bit tricky. But even then it has been shown to speed-­up the search by factor of few with two mass parameters and time of arrival on real data from initial detectors. We are now working on extending the method for advanced detectors and also trying to put in spin parameters.

It is well known in the community that cross correlation (CC) method performs better in continuous and stochastic GWs searches. However the use of cross-correlation method to search for CBCs were not fully explored. We are trying to use a CC search to identify potential segments of data which are likely to have GW signals. This can be used as first stage in hierarchy as it is computationally cheap and may help us in reducing the data to be searched. Also this method may detect un­modelled sources, as it does not require a model for the source, though some idea of the spectrum helps improving the efficiency.

Spin-Orbit Resonance (SOR) is a special equilibrium configuration of almost equal mass, highly spinning binary black holes (BBHs) in which spins of both the BHs and total orbital angular momentum lie in the same plane. We are working on possibility of detection of these with current available methods.