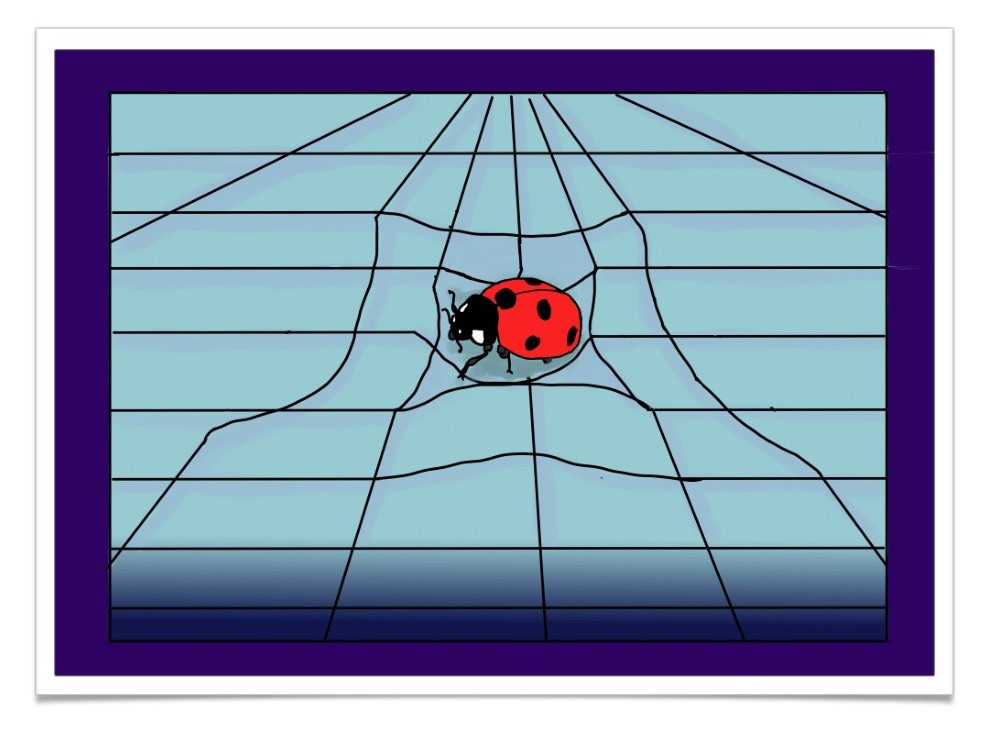 An old wine in a new bottle. An experiment more than two centuries old helps physicists measure gravitational fields on the smallest scales possible. A group of researchers from Vienna University performed an experiment that sparked hopes of observing gravity in its quantized form (T. Westphal et al., Nature 591, 225, 2021). Among the four fundamental forces of nature (electromagnetic force, gravitational force, strong nuclear force, and weak nuclear force), gravity is not only the weakest but also extremely shy to sit together with the rest of them. The elusive nature of gravity has kept physicists from fulfilling their dream of a single unified theory of nature. In particular, gravity has always been at odds with quantum mechanics. In their journey to obtain a single theory, scientists have succeeded in unifying the electromagnetic force with the strong and weak force, but have encountered defiance from gravity. On the largest scales, gravity governs everything ranging from visible celestial objects to supermassive black holes. According to Newtonian gravity, any two objects in this universe attract each with a force that scales directly as the product of their masses and inversely as the square of their separation. In 1798, Sir Henry Cavendish, a British scientist, performed an experiment to measure the density of earth that eventually found use in determining the value of the universal gravitational constant ‘G’. In the new study, Austrian scientists Markus Aspelmeyer and Tobias Westphal, along with their colleague, designed a miniature version of Cavendish’s experiment. 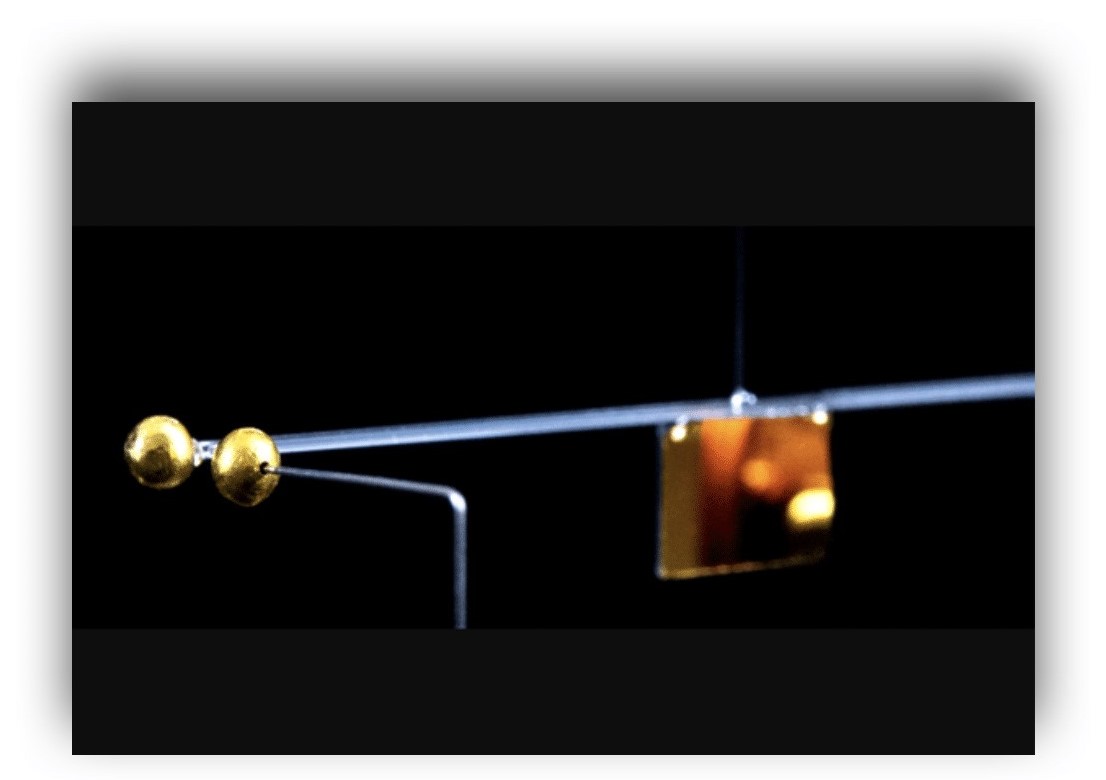 (Gravity is measured between two gold masses (one millimeter radius each) that are brought close to each other. Credit: Tobias Westphal University of Vienna)

A gold sphere of the size of a sesame seed weighing 92 milligrams (about three grains of rice) was kept a few millimetres away from another similar gold sphere of mass 90 milligrams located at one end of a 4 cm long glass rod. The glass rod was suspended at its centre via a silica fibre and acted as a torsion pendulum. A third sphere at the far end of the rod counterbalanced the system. Researchers allowed the torsion balance to oscillate back and forth by 1.6 millimetres. The idea was that the source mass would pull the near end of the rod towards itself and cause the torsion balance to rotate. By measuring this rotation and balancing it against the stiffness of the wire, the strength of the gravitational interaction could be calculated.

The horizontal movement of the rod ensured that the experiment was not influenced by the larger gravitational field of the Earth. The challenge, however, lay in measuring the extremely weak gravitational interaction, which required a sophisticated and sensitive setup. To avoid the influence of vibrations due to human activity, researchers scheduled their experiments during early hours of the morning and Christmas holidays. The system was, in fact, so sensitive that it picked up vibrations from a marathon happening 2 km away from the lab! According to Einstein’s theory of gravity, gravity is caused by a curvature in the spacetime “fabric” in which all bodies move. “So what we are actually measuring here is how a ladybug warps space-time,” explained Tobius Westphal.

Measuring the gravitational field at such a small scale can open doors to exploring the quantum nature of gravity. Is gravity quantizable? This age-old question may finally have an answer. The existence of the uncanny, invisible dark matter can be resolved in a quantum regime of gravity. 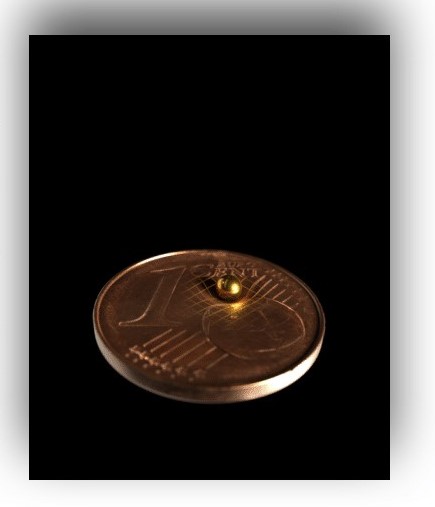 The next step is to continue the research for even smaller masses. Needless to say, the endeavour is challenging. It is the dream of every physicist to unlock the secrets of our universe and construct a “Theory of Everything”. The measurement of gravity at small scales rekindles that dream. Perhaps the day is not too far when we finally have a grand unified theory of everything!

Pallab Roygupta is an educator, science communicator and Science writer 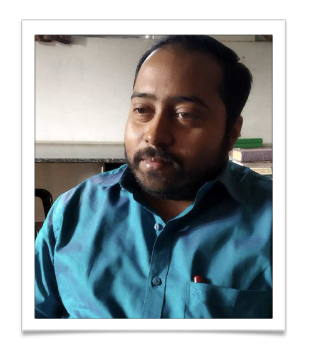 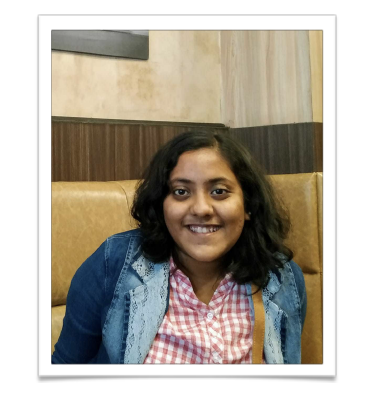 Kingkini Roychoudhury is a BS-MS student at IISER Berhampur, who loves learning science and looking at science from new, different perspectives. She is also passionate about science communication.