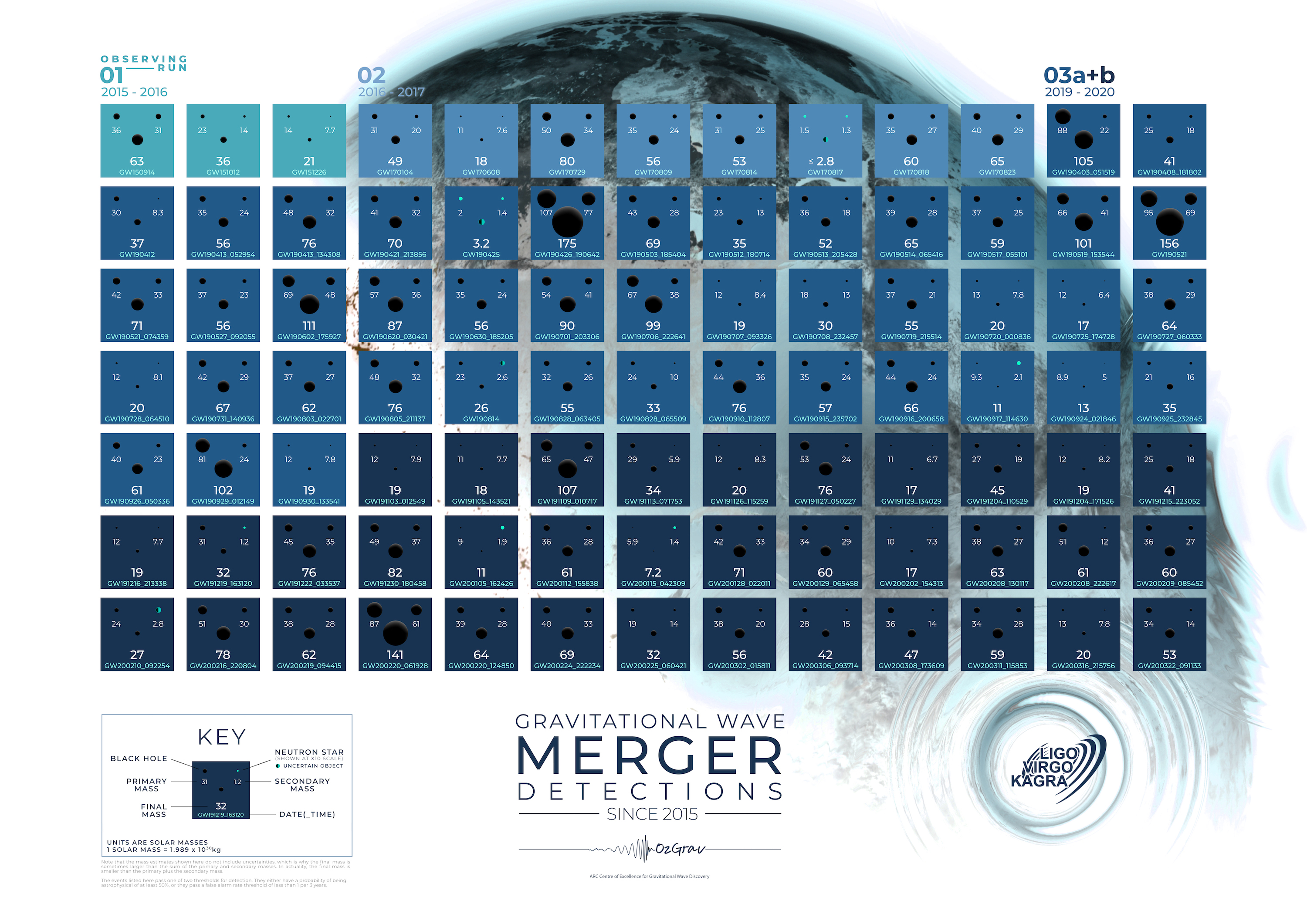 The LIGO-Virgo-KAGRA (LVK) Collaboration recently released the largest catalog ever of Gravitational-wave (GW) detections and a number of scientific analyses that use this catalog. These gravitational waves, or ripples in spacetime were emitted during collisions of massive cosmic objects (like black holes and neutron stars). Data from three detectors have been carefully analysed by scientists from an international GW observatory network: two detectors of the Advanced Laser Interferometer Gravitational-Wave Observatory (LIGO) in Louisiana and Washington state in the US and the Advanced Virgo detector in Italy.

An international team of researchers, including Indian researchers from the LIGO-India Scientific Collaboration (LISC), used these GW events to measure a significantly improved estimate of the expansion rate of the Universe, called the Hubble constant. The GW events act as standard sirens; their distances can be inferred from how “loud” they appear to the GW detectors. A precise measurement of the expansion rate of the Universe requires inference of how fast the galaxies that host these events move away from us.

Indian researchers from the Inter-University Centre for Astronomy & Astrophysics (IUCAA), Pune, played a key role in various aspects of the cosmological analysis. Dr Surhud More was involved in the planning, execution and review of the analyses of the determination of the Hubble constant using GW data and associated galaxy catalogs. These efforts resulted in critical decisions regarding the suitability of galaxy catalogs eventually used in the cosmological analysis.

“Accurate measurement of the current expansion rate of the Universe (the Hubble constant) is one of the biggest problems in cosmology today. Our measurement of the Hubble constant from the newly released catalog of GW events shows that gravitational waves have the potential to resolve this problem,” says Dr Surhud More. “The Indian scientific community looks forward to the commissioning of LIGO-India, which will significantly enhance the potential to pinpoint the location of the gravitational wave events. This will help to constrain not only the Hubble constant but also dark energy, a mysterious component of the Universe which causes an accelerated expansion of the Universe.”

What more did LIGO-Virgo-KAGRA discover?

The newly released catalog of GW transients consists of 90 events, 35 of which were discovered in the time period between November 2019-March 2020 corresponding to the latest observing run. This is the result of consistent improvements in the sensitivity of the detectors. This is expected to improve further in the next observing campaigns, where the observatories are expected to detect up to one event every day -- a significant step up from the current rates. This will establish GWs as a powerful tool to observe these cataclysmic merger events, which cannot otherwise be detected using even the most powerful telescopes. Most of the detected events are black hole mergers. These black holes have a range of sizes, with the most massive around 90 times the mass of our Sun. Several of the resulting black holes that formed from these mergers exceed 100 times the mass of our Sun and are referred to as intermediate-mass black holes. Although this type of black hole has long been theorised by astrophysicists, the most recent observations confirm their existence. 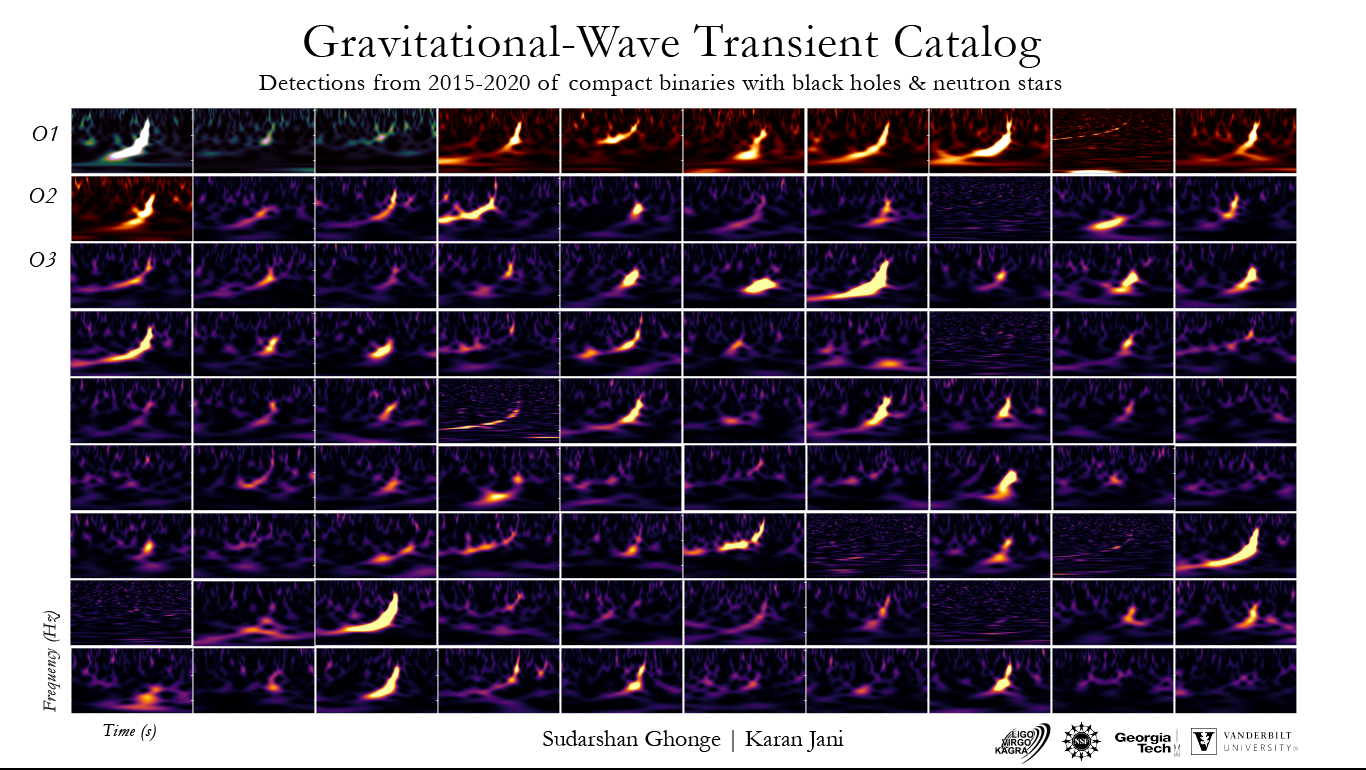 Since the prediction of GWs by Albert Einstein in his theory of general relativity in 1916, it took many decades of technological progress to build instruments precise enough to measure these miniscule vibrations. Since the first historic observation in 2015, the number of detections has risen astronomically. In a matter of years, GW scientists are now observing many events every month, and even multiple events on the same day. To achieve this monumental progress, the pioneering instruments have been getting more sensitive thanks to a programme of constant engineering upgrades and maintenance. GW measurements require high precision techniques in lasers, optics, ultra-high vacuum, suspensions and vibration isolation systems and control systems. In the third observing run, the GW detectors reached their best-ever performance.

The future of GW Science

The LIGO and Virgo observatories are currently undergoing upgrades before the upcoming fourth observing run, expected to begin toward the end of 2022. The KAGRA observatory in Japan will also join LIGO and Virgo in making joint observations. With more detectors, potential events can be located more accurately. In the meantime, scientists will further analyse existing information, searching for new types of signals hidden in the data. Researchers within the LISC continue to analyse the data to test for the consistency of the signals with the predictions of General relativity. With each new detection added to the GW catalog, researchers are learning more about extreme physics from the stellar collisions.

The LIGO-India project, which aims to build one of the most sensitive GW detectors in India, continues to make steady progress. LISC researchers continue to contribute in the various aspects of the LVK collaboration efforts and the strong presence of Indian researchers is a good indication of the preparedness for the upcoming LIGO-India project.